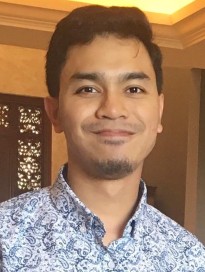 The transitory pendulum the world appears to exist upon begs you to wonder if the ancient thinkers had the right idea about history and time. Economic crashes and booms, corruption fuelled political regime back and forth, and the episodic nature of crisis provokes images of the Möbius strip and Sisyphus. Is this the reality of our world? Must we be condemned to such a fate? And what does that say about us as a civilisation?

Graeco-Roman scholarship used to uphold a cyclical trajectory of history in order to make sense of the events that appear to be recurrent to them. This is how the Hellenistic Greek historian, Polybius, warranted the theory of anacyclosis. The essence of cyclical history is also found in the thought of 14th Century Arab scholar, Ibn Khaldun, albeit with slight differences, in constructing his philosophy of history in the Muqaddimah, which was then followed in the 20th Century by Malik Bennabi, an Algerian philosopher, before being incorporated later into German philosopher Friedrich Nietzsche’s metaphysical thought of eternal recurrence. Without going into a detailed critique of their theories, it appears to most of us that our vast history does not seem to have a consistent pattern to be sufficiently granted as cyclical.

Nobody was expecting that Trump would eventually occupy the Oval Office, nor that the Pakatan Harapan (Alliance of Hope) would triumph over the 60-year ruling Barisan Nasional (National Front) in the 2018 Malaysian general election. There was a period of uncertainty prior to these events that troubled the mind of analysts from various political and economic spectrums due to its labyrinthine and complex reality. With increasingly varied variables (or modes, as in the universe of the 15th Century Dutch philosopher Baruch Spinoza) in the global events equation, the world is no longer, as it was assumed and perceived to be, cyclical. Or at least it was not as simply cyclical as the ancients may have theorised. In the trajectory of history, more and more current events result in the notion that ‘this changes everything’.

The outbreak of COVID-19, which was discovered in December 2019, has structurally changed the course of history at a global scale. The disruption brought by the pandemic in various fields of life has caused us to adapt accordingly to the new normal. Even the recent celebration of Eid by the Muslim community, which is supposed to be the festival of happy gatherings and reconnecting with isolated relatives, was observed in a moderate and less communal manner.  COVID-19 as the game-changing variable has contradicted most of the conventions of our old normal. In light of this, I deem the recent Eid message from the Chairman of the International Institute of Islamic Thought (IIIT), Dato' Seri Anwar Ibrahim, a felicitous remark which brilliantly summarises the essence of the 3C’s (chaos, contradictions and complexities) in our present time, in relation to the meaning of Eid al-Fitr, a solemn event in Islam that marks the end of Ramadan.

I find it is always helpful to start first by defining the meaning of Eid al-Fitr. It is an event commonly translated as the festival of breaking the fast. Indeed, Eid al-Fitr literally means a return to our normal diet of eating and drinking. But the true spirit behind such a divinely sanctioned day is far from mere indulging oneself in it, for fitr also eludes a connotation of primordial nature and original disposition (fitrah), to return to a state of purity and innocence. The month preceding Eid al-Fitr has witnessed Muslims practicing virtues and abstaining themselves from committing unpleasant acts as well as that which may invalidate their fasting. This training for a period of one month has reformed our traits to be in line with the fitrah, thus the famous greeting of min al-‘a’idin wa al-fa’izin (may we be among those who return to fitrah and may we be successful) during the morning of Eid.

For Muslims, fasting in the month of Ramadan in 2020 has been an amazingly unique experience. Instead of breaking the fast and having congregational prayers at the mosque, they have been encouraged to instead observe it with their families at home. Contrary to the conventional practice, physical touch when greeting each other is highly discouraged. So we are fasting – as Anwar has aptly highlighted – from our social and spiritual gathering spaces as well, from our offices, our commutes, and even at times from each other. Such is the present antithesis to our old normal. It necessitates a body of methodological discipline as a guidance to help us navigate safely through the unchartered space of the postnormal world; a discipline we are obliged to master literally to stay alive in these postnormal times. It seems for now, the 3C’s are here to remain. They may even evolve into another novel paradigm in the future, even when the virus has truly dissipated upon the discovery of the anticipated vaccine. 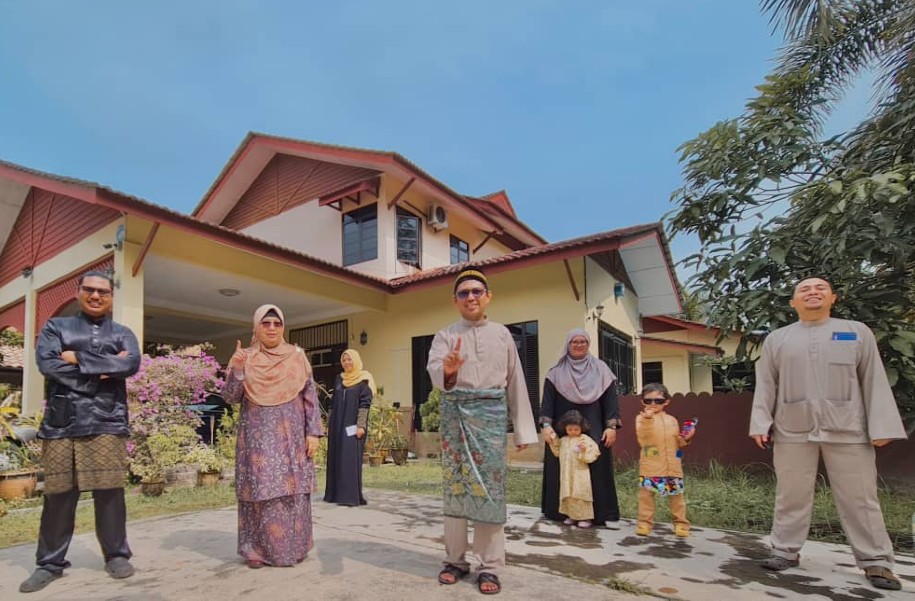 When Anwar relates how Islam is being practiced unorthodoxly in the present time, it is essential to acknowledge that postnormal times are not entirely alien to Islamic thought. The Blessed Prophet Muhammad has prototypically indicated such phenomena in many hadiths (tradition). In foreseeing the forthcoming disruptive events of the future, he asserted that there will be a loss of trustworthiness, loyalty and integrity among humankind, the despicable will rise to prominence, knowledge will be suppressed and ignorance will be in abundance, the Arabian Peninsula will turn into green and, inter alia, the sun will rise from the West. While the language may appear dramatic, it is not literally evoking apocalyptic visions and the abandonment of physical reality. This language seeks to impart on the reader the stakes involved in a major paradigm shift. These events are indicators of chaos and disturbance of normality in the everyday world (as such they are different from eschatology). The chapter in the books of hadith in which these events are categorised is known as fitan (chaotic upheavals). But they could easily be related to emerging issues and other events that challenge accepted trends and potentially drop us into these in-between periods like postnormal times. These hadiths concerning the Blessed Prophet Muhammad’s foresight not only directly indicate the inevitable advent of radical perturbations and disruptions but that Muslims must be prepared for such events and have minds trained to transcend such predicaments. Hints of the things becoming really postnormal can be seen in such events as economic, environmental, or pandemic crises.

Thus, when COVID-19 came and shook the world with its deadly spell, the entire world was put on halt. The deficiency and frailty of our healthcare system, of our unjust economic order and broken political structure, were suddenly unmasked and exposed. Everything needs to start afresh as we experience a global reset. Now we are given the chance to restore everything back to fitrah by rethinking the righteous and ethical way to live on this planet. It boils down to the fundamental questions; how shall we live, consume, treat each other and relate with nature. In postnormal times, who shall have the authority, who shall do the work, and how can the oppression and enmity between classes be resolved. Carpe diem, this is the exact opportune moment to undertake a meaningful reform. Indeed, COVID-19 turns out to be a blessing in disguise. Effecting true reforms is the keyword and the decrypted lesson from COVID-19 and Eid in postnormal times. 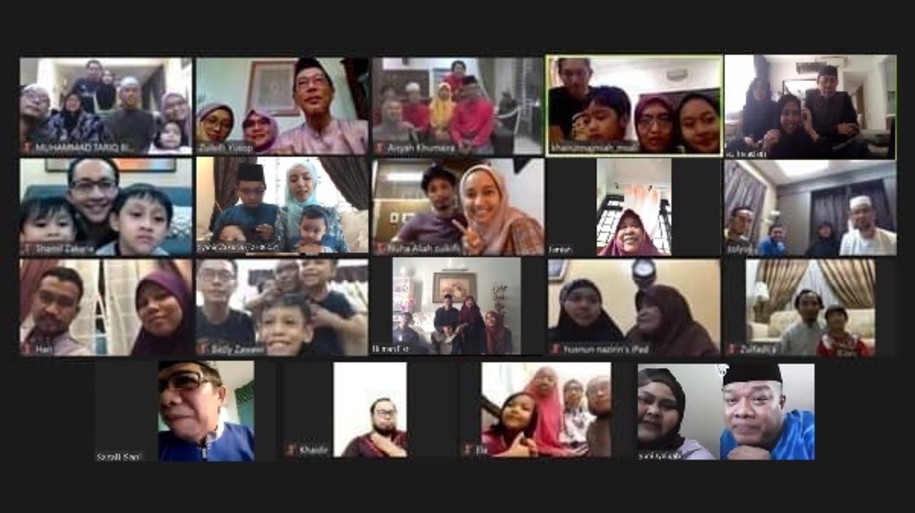 Unfavoured of a cyclical account of history, Anwar has emphasised the urgency to not repeat the past by returning to the old normal, if what is meant by that is the returning to the same old failed system, dominated by corrupted and arrogant people. The failure of our system does not stop at governments and leaders; it also involves academia and education, the judicial system, wealth distribution, religious bodies and the environment. The pre-COVID-19 world witnessed an education which did not emphasise ethical-character building, compromised rulings in court, concentrated wealth in the hands of several people, abuse of religious authority in the name of God, excessive industrialism and the degradation of nature. These fasad (mischief) in the old normal have been left unaddressed for too long. And as he rightly pointed out, the failure is grounded in our arrogance and the loss of our humanity, most importantly our inability to show rahmah (compassion) to the world. 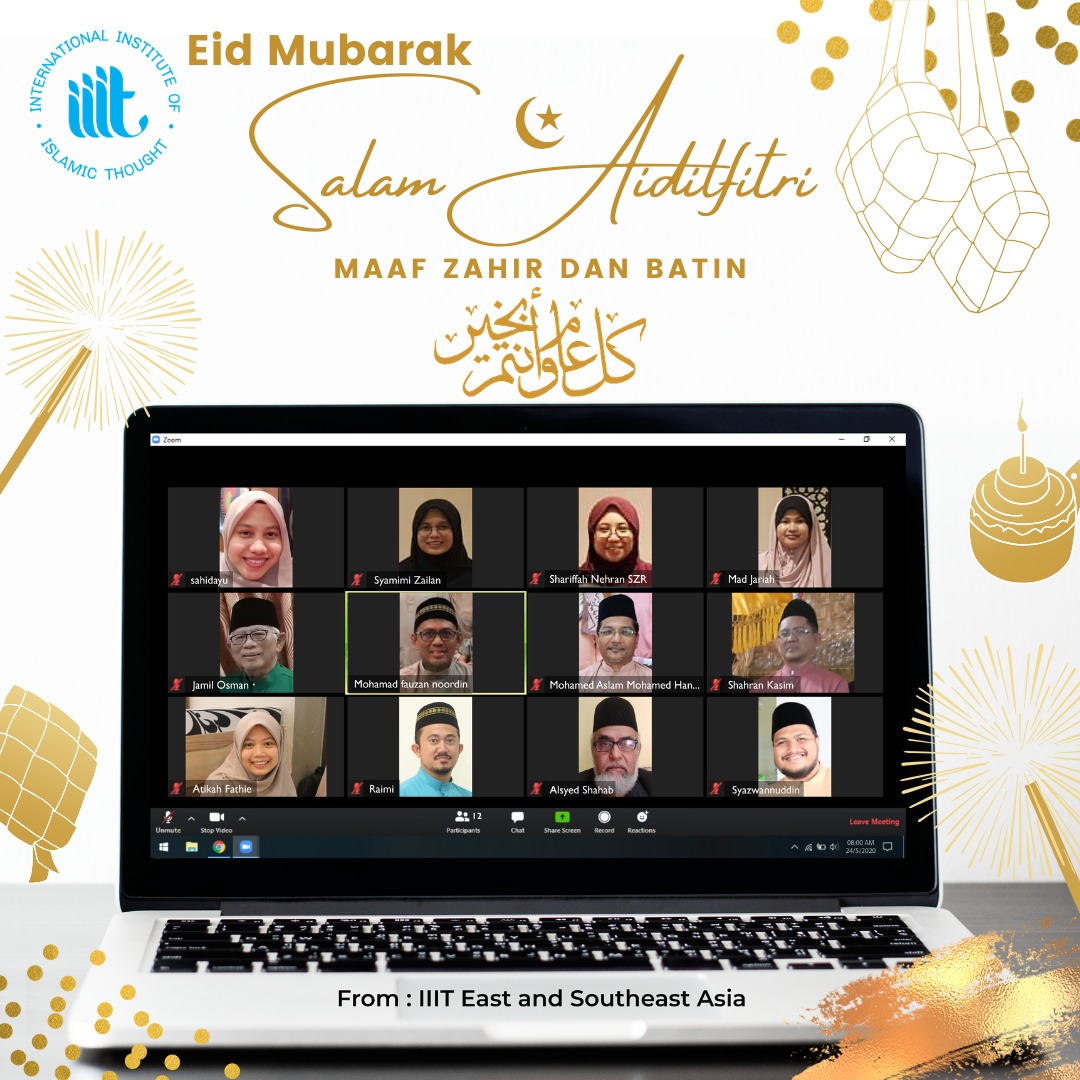 The new normal that we seek must resolve this in order to pave way for a meaningful future. But neither the utopia of Aldous Huxley’s Brave New World, nor that of Thomas More’s ought to be what we seek to create. It is the future that is just and humane to everybody notwithstanding all its imperfections, one that is welcoming to all, irrespective of their race and religion, to come and embrace the reality that God beheld for us, and face the challenges of postnormality together. This is the meaning of returning to fitrah, and it is the only cyclical history that we accept in so far as it pertains to our individual self. But this is not a simple observation. It should not become a fossilised ritual. It should instead be an actualised effort. A lived tradition of trying to always be better than before.